When Caitlyn, nee Bruce Jenner, showed off her new look on the cover of Vanity Fair, the responses to Annie Leibovitz’s photoshoot were almost as noteworthy as the images. There was the hatemongering one would, unfortunately, expect about any prominent transgender person who, by feeling comfortable in their skin, makes others uncomfortable in theirs. A petition to strip Jenner of his 1976 Olympic medals is only one example of the bigotry faced daily by the LGBT community.

But there was another, more unusual, discussion as well. The American public at large was evaluating the beauty of Jenner. Many heterosexual males, whether they’d admit it or not, had crass thoughts about the former Olympic hero. It’s not unlike what professional women deal with when they know their counterparts may be evaluating them for their looks as much as their abilities. This is one of the core reasons the glass ceiling that sets women back still exists.

Jenner’s case, as well as that of an NAACP chapter president in Spokane, Washington, resigning when it was discovered she was white (and not African-American), speaks to the importance of appearance in this culture. We are generally obsessed with differences, not what draws us together.

One gratifying theme in covering religious events, social media efforts, and other subjects related to the meetings industry is inclusion. Planners are always trying to bring people together, not only in a room but also in a state of mind. From F&B to evolving technology to education, events are about breaking barriers.

Diversity is in our blood. In this case, society has some catching up to do with our industry. Cheers to the professionals we’ve already celebrated and to the many others whose stories we have yet to tell. 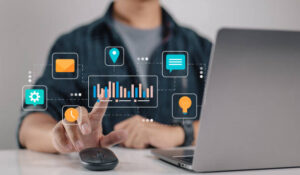 Next post Collaborate Marketplace Field Report: What Are Your Two Words?
admin

The decision to add virtual elements to your live event is a challenging one. The fear factor is often high,...

You may have seen all sorts of weird and beautiful objects produced by 3-D printers: candy bars, vinyl records, medical...

Here’s how I realized Old Navy makes the perfect pants for planners: I was wearing my new candy apple red Pixie midrisers to work...

Mentors. They’re the individuals who help guide newbies and the imperative piece of the success puzzle. They educate from a...

A flurry of new reports about the economic impact of business travel and meetings set the stage for a reinvigorated Meetings...

It’s inevitable that the majority of guests at your meeting or conference will be looking at their phones while sitting...