Few things are as iconic as “Grease” and its lovable characters. So when Fox announced it would be producing a live musical production of the show for television, folks were skeptical to say the least. The cast and crew proved their critics wrong on Sunday evening by knocking the production out of the park. Here are four takeaways for event professionals to keep in mind when planning a large-scale live event.

“Grease: Live” was filmed across multiple soundstages on the Warner Bros. lot, which meant that the actors had to move from set to set ASAP (generally via golf cart, changing costumes along the way) to keep up the pace of the show. The size of the set, the costume changes and, most impressively, the camerawork (Director Tommy Kail and his team managed to recreate iconic shots from the original movie live, which was astounding) are what made this production a cut above the rest.

What areas can you up the production value of your next live event? How can you encourage your camera operators and technical director to get creative with shots that draw your audience in? Make the crucial pieces of your production so excellent that the audience will be wowed, but won’t expect anything less either.

Twitter was abuzz throughout the live event, but spiked during somewhat surprise appearances from Boyz II Men as Frenchy’s angels and Joe Jonas’ band, DNCE, playing the music for the National Bandstand scene.

Not every event can afford a big-name celebrity or performer in addition to the advertised keynote presenter (but if you can, go for it!). So find other ways to surprise and delight the audience: a funny skit involving your CEO, an unforgettable light display or a never-before-seen use of technology. Another suggestion? Make sure it’s easy to photograph. It’s during those moments you’ll notice a social media activity surge.

Fox is following in the footsteps of its network competitor NBC, which produced live musicals “The Sound of Music,” “Peter Pan” and “The Wiz” over the past three years. Fox took what it learned from audience criticism of NBC’s productions and upped the ante by casting actors with a Broadway background and adding a live audience to keep the energy level high.

Follow Fox’s lead and learn from the past—your mistakes and the mistakes of your competitors. Make every year’s production better than the last, and your audience will want to return again and again to see what you do that’s new.

When there are more than 12 million people tuning in to watch, the show must definitely go on. “Grease: Live” had a few noticeable technical glitches—sound was gone for about 20 seconds of the National Bandstand scene, and there was some static throughout Sandy’s (Julianne Hough’s) performance of “Hopelessly Devoted to You”—but the overall high production value made those forgivable errors.

On a personal front, Vanessa Hudgens gave an expert performance as Rizzo less than 24 hours after losing her father to cancer.

At least the show caught a lucky break when torrential rain and wind died down 40 minutes before the show, making “Grease: Live” the word. Still, doing a live event is not for the faint of heart. Take a page from Hudgens and crew and adopt a can-do attitude. 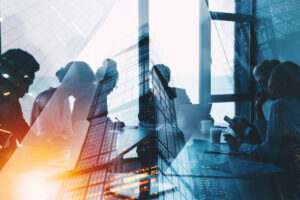 Next post 6 Resorts to Impress Your Incentive Winners
admin

Several natural disasters strike the United States every year, from hurricanes along the Gulf Coast to tornados in the Midwest....

Corporate meetings can vary widely. The goals and objectives for an executive VIP meeting differ from those at an annual...

Whether you’ve been dragged kicking and screaming into the digital app world or have embraced the technology (like me), several...

Even when an event seems to have gone off without a hitch, there are always elements that could be improved—that’s...

With last year’s Apple Watch release, it’s evident wearables have come a long way since the launch of devices like...