Will Smith said this week that diversity is America’s superpower. While the actor was responding to a question about the lack of African-American nominees at this year’s Oscars, he could have easily been speaking about Connect’s Diversity Marketplace at Atlanta Marriott Marquis. Planners and suppliers celebrated both the social and economic advantages of inclusion. Here are four of our biggest takeaways from this week’s conference.

1. There’s a hunger for diverse cuisine.

We love our burgers and fried chicken, but Marriott’s Cabrin Kelly-Hale and Steven Kuentz challenging event profs to diversify menus led to a lively discussion. They put the onus on planners to demand venues incorporate ingredients and spices popular in Asia, Africa and South America, coming up with interesting alternatives like using a Ramen noodle station instead of a traditional pasta bar. One planner revealed that attendees scared off by Jamaican curried goat scoffed at her attempt at a worldwide carnival. It served as a reminder to experiment, but at the right speed—and keep your attendees’ tastes and experiences in mind.

2. Don’t be a slave to technology.

Leave it to Chuck D to warn a ballroom filled with smartphone-carrying planners and suppliers not to be outsmarted by technology. One of the rapper’s most powerful messages was his push to be an active, global citizen. That means, in his words, “using technology as a tool, not a toy.” His skepticism of governments and corporations was well taken too, tying back to his original point of being a free-thinker, regardless of how often the same information is distributed across social media platforms.

3. Diversity is more than the right thing to do.

As the Vice President of Multicultural Affairs for Marriott International, Apoorva Gandhi is a pro at navigating cultural differences for the hotel behemoth. He gave both planners and suppliers business boosters in “How Cultural Competence Helps Your Bottom Line.” Did you know Hispanics are the largest growing minority group with an annual $70 billion domestic travel spend? “Aye caramba! That’s a whole lot of dinero,” joked Gandhi. He makes sure his staff knows what a Quinceañera [a Spanish celebration of a girl’s 15th birthday] is and that an abuela [Spanish term for grandmother] is one of the most important people at the celebration. He cited the annual $63 billion travel spend by the LGBT community and $50 billion travel spend by the African-American community as the reason welcoming and specializing in diverse markets is not only the right thing to do, but it makes business sense.

Both keynote speakers Da Chen and Jackie Cruz emphasized that your job and your passions can, in fact, align. Finding the reason for your work can make all the difference in the way you work. For Cruz, understanding that her artistry remains, despite a car accident that almost took her life and the physical changes that resulted, made her a stronger musician and actor. For Chen, his purpose is tied to his upbringing in rural China and his journey to the United States as a young man. His hardships have helped those who have read his books to understand cultures different from their own. Both speakers emphasized the importance of honing in on that purpose and allowing it to transform your work. 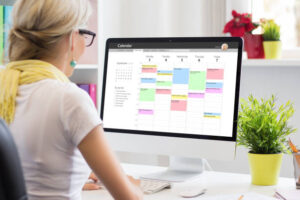 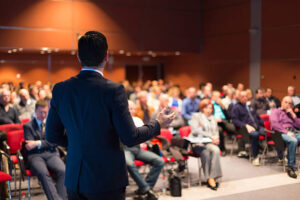