As a journalist and a meeting planner, I was elated and a little daunted at the thought of being awarded a dual press pass and buyer badge to attend the 2013 IMEX Frankfurt. That was my first year attending what I now consider the most important global conference for meeting planners who organize worldwide events. It’s good. I didn’t know how massive the show was when I attended it two years ago. Each day I took the shuttle from my German modern-style hotel to Messe Frankfurt, one of the world’s largest trade fairgrounds (aka convention centers). I walked wide-eyed among the massive stands (Euro version of a booth) and marveled at how the business of meetings had taken over the world.

Now, I am even more surprised by the global machine that is IMEX Frankfurt. The IMEX engine hummed in 2013; this year, however, it sped swiftly forward, bridging the gaps between economic shortfalls, historical chasms, and cultural misnomers that have existed—at least to most Americans—for many years.

My biggest revelation was Cuba. The country’s stand was on an island. I felt a strange trepidation as I arrived for my first Cuban appointment.

I barely recalled what I learned in high school history class about the Communist country. I knew we (Americans) couldn’t travel there. It was Cuba’s decision, I thought. I was watching the news even more closely through my incentive-planner eyes. Soon groups could take a direct flight from the U.S. I had to talk with the hotels and DMCs at this stand and learn as much as possible about this mysterious locale that had eluded American groups for so long.

I broke out my “travel Spanish,” having managed many events in Latin American countries. Would Cubans be as warm as the people I had encountered in Mexico and Central and South America? I first met with Blue Diamond Hotels, a group owned by a Canadian company. Their properties existed in Cuba for only four years. I kept asking the friendly sales representative why American groups couldn’t travel to his country for leisure. Why couldn’t our attendees—hard-working winners of sales contests—meet, network, and enjoy the sandy beaches and turquoise water like those in the photos he proudly displayed? He smiled at me and responded honestly, “I don’t know.”

Next, I met with Green Alligator Travel and Events, a DMC that named its company after the country’s shape and the island’s lush green landscape. The two ladies I met with gave me further insight into the current restrictions on group travel from the States, their view of how and when it would change, and ideas for special incentives. Sure, every incentive planner has created a Night in Havana-themed dinner complete with a cigar roller and Cuban dancers cha-cha-cha-ing their way through smiling attendees. But the Green Alligator representatives talked about a dinner with the last living member of the Buena Vista Social Club and a baseball workshop with the most outstanding Cuban players in the game. 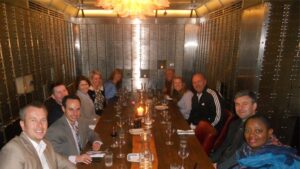 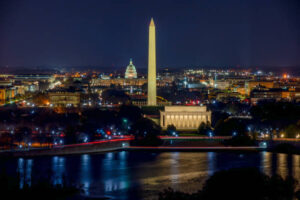