On my way to IMEX Frankfurt this past week, I joined a group of American planners (and one British ex-pat) to discover the city of Manchester in the northwest corner of England. It brought me back to my first trip to the country in 1998 when I was a novice meeting planner. Youth must have made me bold because I wasn’t worried about going there alone to manage 80 C-level executives, their intense meeting requirements, and their VIP dinner and box seats at the London Opera. I thought: How different could planning be in a country that speaks my language?

I soon learned the cultural nuances of English that seemed serious, then sarcastic, then quirky. I adapted quickly to some crucial elements of getting around a city in England. First, you hear the announcement when stepping off the Tube (subway): “Mind the gap.” Take caution crossing over the vast space between the train’s door and the station platform. Second, the signs on street curbs say, “Look right” and “look left.” Since traffic flows in the opposite direction Americans are accustomed to, this warning can save your life. However, I caution you never to tell a Brit their traffic is going in the wrong direction. They’ll smile sarcastically and say, “How can it be wrong? We were here before you.”

Then there are the slight peculiarities of the language compared to American English. In Manchester, we visited various meeting sites, and each time our tour guide wanted to lead us to another location, she would say, “Have a look this way,” or, “Do you want to have a look?” Somehow this sounds much more pleasant than the standard American directive, “Come on.”

We also ran into an exciting differential in the concept of a restaurant reservation. Our host had planned a spectacular lunch inside English celebrity chef Jamie Oliver’s restaurant, Jamie’s Italian—in the Central Retail District of Manchester. The building was initially constructed as a bank in the 1930s and is on the United Kingdom’s Statutory List of Buildings of Special Architectural or Historic Interest. Our reservation was in the vault, a spectacular domed room that once served as the actual bank vault, with golden safety deposit boxes still ensconced on the walls. The reservation was for noon. When we arrived at 11:50 a.m., the restaurant door was locked. The tour guide phoned the restaurant to let the staff know we were outside. By that time, our touring feet were a bit tired, it had started to rain, and the temperature had dropped. The tour guide confirmed the noon reservation, and the hostess’ response was relayed as, “Yes, we’ll open the doors at noon.” The American planners’ faces twisted quizzically. We then learned they were having a staff meeting, and we’d have to wait until noon to get in.

Our usually reserved British tour guide began rapping on the door with his “brolly” (umbrella) until the hostess answered. In impeccable English, he said, “It’s quite cold out here. May we at least stand inside until noon?” It was more of a demand than a question, but the English don’t demand. She opened the door and let us in. The lunch was fantastic—excellent food and service (see a photo of our group dining in the vault above).

As our Mother Country, England has the right to call the shots, drive on whatever side of the road they want, qualify our football as American, and laugh at our naming their beloved game soccer. But, in the end, they still are pretty fond of us, according to the England stand at IMEX. “We love Americans,” said a hotel sales rep when she saw my badge. Ditto. 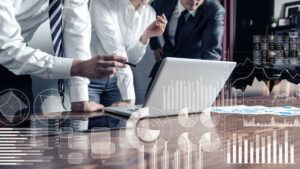 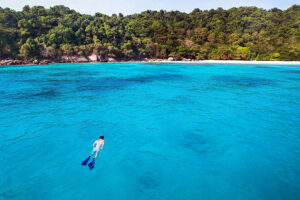