You spend a lot of time thinking about designing meetings that deliver well-defined and predictable results. But how do you bring people together to create a completely unexpected result that is both innovative and leads to significant ROI for your company?

According to my recent study of 445 companies, the usual approaches won’t work. Conventional ways of structuring meetings and collaborations generally lead to traditional outcomes. And that’s precisely what you don’t want.

Three high-level principles can break convention in group collaborations, each of which facilitates the development of truly exceptional products and services. While they developed around internal operations, they can also help you rethink your approach to conference and meeting programs.

➔ Identify Misfits: Build a team that can collaborate without being burdened by the conventions of “business as usual.”

The principles can be communicated at critical planning meetings to explore a breakthrough innovation and reinforced by team leaders throughout the development process. Clorox’s development of a groundbreaking new product line called Green Works provides a good case study that anyone can model.

Clorox’s product line dates back to 1913 with the introduction of bleach. The company built its reputation by creating products that effectively cleaned and disinfected, thanks to its synthetic, chemical-based formulas. By 2005 the company had grown to more than $5 billion in revenue, and except for minor improvements to established products, Clorox had yet to release a new brand in 20 years.

To address this lack of brand innovation, Clorox assembled a team of “misfits.” In other words, the company formed a small group that could collaborate freely in ways that didn’t fit with its longstanding cultural norms and ways of thinking. To help achieve this effect, Clorox intentionally isolated the misfit team from the rest of the laundry home care division.

The team began by engaging in discovery work with consumers. They knew that many consumers were raising concerns that the chemicals they used to clean their houses were worse than the germs and dirt they were cleaning. Labeled “chemical-avoiding naturalists,” this market segment wanted to get toxic chemicals out of their homes but also enjoyed a product that worked. Their interest in natural cleaners was based on their concern about their families health and well-being and less on their interest in preserving the natural environment.

Beyond their professional interest in this growing market segment, the project leaders were passionate about moving forward with natural cleaners. Both were mothers of young children and frequently heard from concerned friends and community members about the impact of chemicals on children’s development and the possible links between chemicals and autism and attention-deficit hyperactivity disorder. They also knew that the business opportunity for Clorox depended on creating a natural product that worked as well, if not better, than the chemical products. Their passion pushed the project forward.

They partnered with a small group of chemists experimenting with biodegradable plant- and mineral-derived cleaning formulas. In early 2006, less than a year after they had begun their discovery work, the corporate new ventures team reported that they had found an effective natural cleaning product in Europe. The group eventually created five products that were 99 percent petrochemical-free and matched or beat standard cleaners in consumer tests.

They subsequently sought the help of a marketing manager in their group to lead the effort to bring the project to market, someone who also had a personal connection to the product line. As a mother of young children and a supporter of local organic markets, her passion fueled the effort and the alternative perspective she brought to the project.

The final stages of the process are where misfit teams begin thinking about how to bring their unconventional ideas back into the established business. This can be tough since couples often discover that their radical concept isn’t a good match with “business as usual.” For example, as the Clorox team made progress on creating a full product line of high-quality natural cleaners, they had to tackle two marketing challenges that seemed in direct opposition at first glance. On the one hand, they could use the Clorox brand name to build consumer confidence in its effectiveness. On the other hand, the brand name also introduced a new market challenge: how to convince consumers that Clorox was introducing a product that was, in fact, natural.

To resolve this mismatch, the women partnered with an environmental group that might have been seen as an adversary—the Sierra Club. Although the ecological organization did not typically endorse products, especially from big companies, these leaders created an opportunity for Clorox and the Sierra Club. Passion again played into the partnership’s success since the decision-makers at the Sierra Club shared the women’s values. An agreement ensued whereby the Sierra Club logo would appear on the Green Works label, and the Sierra Club would receive undisclosed financial compensation.

Clorox finally had its revolutionary innovation: In December 2007, the company launched Green Works, its first new product line in 20 years. Within the first six months of 2008, Green Works gained an estimated 42 percent market share. Currently, Green Works has ten products, and the brand is a significant reason why sales of natural cleaning products doubled during the past two years.

These leaders were successful because their organization enabled them to collaborate in unconventional ways. The team set out as misfits on the fringes of the organization. It focused on pursuing its passion rather than a traditional corporate goal, like adding new product features to gain incremental revenues. Moreover, they made an ally out of a potential foe. While it wasn’t business as usual, it was an improbable path to success. 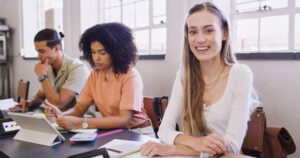 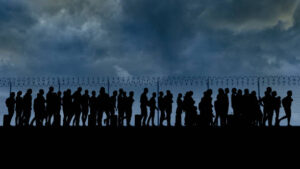