Our northern neighbor is an ideal destination for meetings. It’s one of the U.S.’s largest trading partners and shares a common heritage with the states, especially regarding the law. Yet, for many stateside planners, the idea of taking a meeting to Canada still seems foreign. And that’s a shame, given what it can offer groups.

“We spend a lot of time talking with planners about why they might want to take their meeting to Canada,” says David Whitaker, president, and CEO of Tourism Toronto. Besides the value and curiosity factors, Whitaker and his team have found several other reasons U.S. associations might consider it. “Their mission may no longer have [geographic] borders and may now include a global context,” he says. “If you’re interested in a global agenda and content, then why not be interested in a place that’s as comfortable, convenient, and appealing as Canada?”

That said, Canada does present the chance to meet someplace truly international but with most of the comforts of home. Toronto, Montreal, and Vancouver, British Columbia, offer attendees a healthy dose of familiarity (in fact, all have repeatedly served as American locations in films and TV) along with a sense of being somewhere entirely different. Each has built-in and distinctly international cultural, educational, and business networks, as witnessed in everything from restaurants and museums to many ethnic neighborhoods and festivals.

The best example of that unique foreign/familiar combo can be found in the charming provincial capitals of Victoria, British Columbia, and Quebec City, Quebec, where—given those cities’ art, architecture, cuisine, and language (in Quebec’s case, it’s Quebecois, a variation of French)—attendees might be forgiven for thinking that they’d landed in either Westminster, London or the Normandy Coast. And yes, English is commonly heard in most Old World cafes and shops in Quebec.

Attendees also will discover that Canada’s cities are as accessible as many of their American counterparts. Air service between the countries is competitive in terms of price and frequency, with many direct and non-stop flights from major carriers. And depending on the destination, travel times can be quick—Quebec, Toronto, and Montreal, for example, lie within a two-hour flight of most Northeast and Midwest cities.

Once in town, attendees should find Canada’s meeting spots decidedly user-friendly. “You can walk from end to end of our downtown in about 20 minutes,” says Erin Lee, business development for meetings and conventions at Meetings and Conventions Calgary. Alberta’s largest city also features a light rail transit system (free in the downtown core) and 10 miles of climate-controlled passageways for cooler weather. Montreal, Toronto, and Edmonton, Alberta, are equipped with enclosed, weather-proofed walkways and passages, sometimes with tie-ins to local mass transit stations.

In Canada, planners can also count on the quality and quantity of meeting and exhibit space they’ve become accustomed to in the states. From British Columbia to Halifax, the list of important centers runs long and deep. Many major Canadian cities also provide additional venues and facilities designed to accommodate industry-specific (e.g., agriculture, technology, automotive) trade shows and exhibitions.

Attendees love to toss around the term “added value,” and Canada, fortunately, comes with plenty. For starters, consider Canada’s seemingly endless natural beauty and outdoor recreation, much of which is a short trip from downtown meeting spots. In the west, Vancouver provides an easy jumping-off point for group adventures on Vancouver Island (think sailing, kayaking, hiking, and deep sea fishing) and is a two-hour drive or train ride south of Whistler, British Columbia’s premier mountain meetings resort town.

In Alberta, planners can hold meetings in Calgary and Edmonton, then send attendees out for terrific teambuilding and group recreation in the Rocky Mountains around Jasper, Canmore, and Banff, a combined resort town and national park where human visitors stroll side-by-side with elk and deer. Summers here bring golf, rafting, horseback riding, and mountain biking, while winters are genuinely a wonderland, with dogsledding, snowshoe hiking, and downhill and cross-country skiing.

The winding, cobblestone streets of Quebec’s walled-in Old City and the nearby historic Plains of Abraham battlefield are ideal for group day trips or free-time exploration. A local and tourist favorite winter sight in Ottawa, Ontario, Canada’s elegant and historic capital city, is the graceful stream of ice skaters gliding along the landmark Rideau Canal. Prince Edward Island is home to spectacular beaches, the world’s best mussels, and one of youth literature’s best-known and favorite characters, Anne of Green Gables. Tremblant, just outside Montreal, is a year-round, all-encompassing resort where indoor activities like shopping and dining hold their own against outdoor fun on the ski slopes and forest hiking trails. 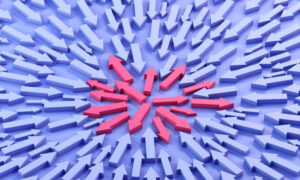 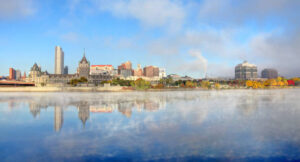