My travels recently took me from the Caribbean to the U.S. West Coast – Jamaica to Las Vegas. Two entirely different locations, you might think. Both trips were work-related, one a conference to educate meeting planners, the other to educate journalists. I was an attendee at both, and while my attention should have been focused on bettering my skills in these industries, I was distracted by service issues at each conference’s host hotel.

The conference in Jamaica was held at the newest all-inclusive property in Montego Bay. Luxuriously perched by the azure Caribbean waters, it had all the amenities a meeting planner might be looking for:

But unfortunately, first impressions are only sometimes lasting.

Arrival needed to be more apparent. Two other attendees and I were dropped off at one of the hotel’s three guestroom buildings. The bellhops stacked our luggage on one cart and swept it away to some unforeseen place. They then read from a piece of paper to find out the location of our rooms. The other two attendees were sent to the first building, but they hesitated, moving forward without knowing where their luggage had gone. I was sent to the second building across the Porte-cochere, where I pointed out my luggage. The bellman pointed out the location of my room, in the third building farthest from where I had been dropped off. I was never formally asked to check in or register at a front desk. My keys were handed to me, and I was directed to my room, assured my bags would shortly follow.

The guest room had a sophisticated décor, a four-poster canopied bed, and a bathroom partly sectioned off by a seemingly see-through scrim. As a single guest, this bathroom partition didn’t pose any privacy problems for me; however, my two colleagues later remarked that this was not the ideal setup in a non-family, non-familiar roommate-sharing capacity. Duly noted for any room-sharing groups I might choose to bring here.

What an issue in my room was the overflowing shower. I was reminded of a time in Barcelona when I was staying in a newly-opened property, and the shower water leaked over the floor. This was not due to faulty construction, but to misdirected shower nozzles I quickly repositioned. However, at the Montego Bay property, the overflow was caused by a gap between the glass shower door and the wall. The floor flooded so severely that it leaked under the free-standing tub and into the bedroom. The only way to rectify this was to stuff towels under the opening or position the nozzle against the far shower wall, which left little room to move. When I brought this to the attention of the housekeeping staff, they were sympathetic, aware of the problem, and acknowledged “it wasn’t constructed right.”

On to the “energy-saving features.” The rooms had a slick air-conditioning sensor that shut off the unit when there was no movement, presuming the guest had departed. If you don’t move while sleeping at night, the system will shut off, and the room can become unbearably hot and humid. My colleagues complained about waking up in a pool of sweat, and the only remedy was to turn on the ceiling fan to create movement in the room. My ceiling fan squeaked.

To provide privacy during room service deliveries, the guest rooms had service boxes with one door opening inside the room and the other out into the hall. Food could be delivered without ringing the guest’s doorbell, and dishes could be returned without stepping into the arena. However, I think guests would prefer a disruptive knock on their door to what my colleague found in his service box: a plethora of bugs swarming over day-old dishes with leftover food.

In Las Vegas, the host hotel also suffered from cleanliness issues. When I arrived at my room a good three hours after the official check-in time, I tried turning on all the lights to see the celebrity memorabilia unique to each room. The standing lamp was missing a light bulb, creating a dark corner of the carpet where I thought I saw the shell of a bug. When I entered the bathroom, long, black hair draped the white porcelain. I sighed and called housekeeping. While surprised by the unclean tub, the housekeeping staff was undaunted by the carpet debris. After my remark that it could be a bug, she scooped it down, picked it up with a towel, and said, “Oh, it’s just the stem from a piece of fruit.”

That night I was awakened by the screams of two guests arguing vehemently from the adjacent room. I called security, fearful they would burst through the door connected to my room, a swirling bundle of fists and punches. Security may have intervened. At 1 a.m., it became quiet again.

As a meeting planner, you may have been rebuked by family and friends traveling with you on non-business trips. “Do you always have to evaluate the hotel?” they ask, annoyed by our want of perfectly folded sheets and efficient service. I believe our demand for higher performance can elevate the experience of all guests. How will they reach higher service levels if we don’t look behind the scenes and inform the hotel of missed opportunities? Even if you are a leisure guest, call the front desk or the appropriate department as the issues occur. Speak with the general manager before you check out or send an e-mail when you get home. If you are a meeting planner and booked a group with the hotel, request a post-conference meeting with hotel department heads. Giving the hotel this all-important feedback will rectify a missed service during your stay for the next guest. 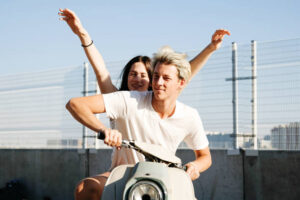 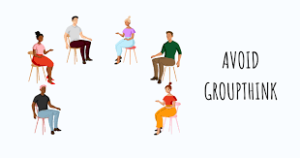