I still enjoy meeting new hotels and being surprised by innovations, no matter how small, like the plasma screen with a fireplace video in the lobby of Houston’s sleek Hotel Derek or the rainforest showers in the Hotel ZaZa. Historic hotels like Pasadena’s Langham Hotel have their pleasures, especially the luxury of lush gardens and ornate buildings.

Nothing, however, matches the first time I saw Atlanta’s iconic (you can hardly write about it without using this word) Hyatt Regency. I fell in love. I became aware of architect John Portman and his 1967 hotel when I read Ayn Rand’s “The Fountainhead.” It was all too much romance for a young, idealistic student. I moved to Atlanta from New York City, where I had seen slides and heard about the hotel in a class on modern architecture.

The building was the first hotel constructed around an atrium, and I remember stepping into the vast, calm, soaring space from the heat of a Georgia summer. There were birds in large cages, plants and trees — and noise. At the time, I couldn’t afford to eat in the revolving Polaris restaurant atop the building, but I did ride the elevator pod to the top to see the inside of the signature blue dome.

While the hotel has undergone many changes in 40-some odd years, during which it has gone from nouveau to retro, it’s about to get a significant update. More than $60 million in renovations are scheduled between now and 2013. The main lobby closed this week to remove its fan-shaped floor tile, which dates back to its opening, as well as the giant planters and the original 18,000-pound canopy over the elevators. A planned glass wall will open up the lobby, and a kiosk-like front desk will replace the big front desk. Plans for the Polaris — the blue dome is now dwarfed by newer towers but remains an Atlanta landmark — are being kept under wraps. I can’t wait for the surprise, and I’m going up for a drink and dinner this time. 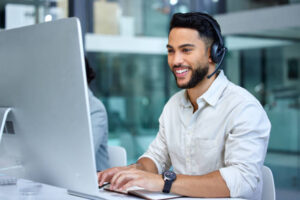