Meals with a Mission turns dinner into a worthy cause. Friends gather for a meal, bring a donation, and share stories about nonprofits or needs in their communities. Then the group selects one reason to receive the collective assistance. An online platform takes care of the messy process—collecting money, delivering the anonymous gift, and other logistics—so the participants can focus on the conversation.

In 2012, Meals with a Mission Founder Scott Tanksley was raising money for charity: water, a nonprofit that tries to get safe and clean drinking water to everyone worldwide. Friends were contributing to Tanksley’s campaign, but he believed they might give more if they heard his connection to the cause.

“My friends didn’t know I’d been to Kenya, seen the conditions, and now having kids of my own, couldn’t separate the fact that the lack of clean water causes all of these diseases and that it’s solvable,” Tanksley says. “I just wanted to share that with my friends—make sure they had context.”

So Tanksley and his wife Jen experimented. They invited six people to dinner at their home, where each contributed $100 and talked about causes important to them. At the night’s end, the group gave the money to a local family whose adopted child needed expensive medical treatment. That night sparked an idea for something bigger.

“We’ve institutionalized care,” Tanksley says. “We don’t know what to do for neighbors. This personalizes it again. There are hiccups in life people are going through, and if we all just helped, maybe they wouldn’t turn into more tragic stories.”

The spark grew a couple of days later when Tanksley’s leadership coaching background kicked in. The typical approach companies take to promote a healthy culture is to hire a consultant who gives a lecture and then assesses the team’s response a couple of weeks later through surveys. “So I thought, ‘What do healthy teams do?'” he says. “They laugh, they talk—all the things we did at our meal.”

And MWM was born. Tanksley launched the platform for individuals but knew its potential for a corporate setting. Titles and positions disappear around a dinner table, and co-workers are more comfortable talking about what they care about than they might be 8 to 5, Monday through Friday.

Rick Cwynar first read about MWM in Fast Company magazine. The regional marketing manager and vice president for Wells Fargo’s Northern and Central California region were planning a recognition meeting for his top-performing team members. He immediately thought about adapting the concept for a conference setting.

“Rather than a meal in a home, it would be a discussion around a table of 10 team members,” he says. “They could share personal experiences, organizations they’re involved with, or who they’d like to help. It would be like 20 meals in a ballroom at one time.”

Cwynar has used the platform for three regional meetings so far. The concept is simple. Attendees are prepped before arriving and asked to think about a community need. Tanksley provides an introductory presentation, and MWM-branded voting tools (and a timer) make the process official. The Wells Fargo Foundation fronts $1,000 to each table of 10 team members, and each table decides what organization or community program will receive the funds. MWM takes care of the transaction, providing corporations with the necessary accounting, follow-up, and security. A note that recognizes the Wells Fargo Foundation and explains the process accompanies the gift.

“People can get frustrated because not everyone can afford a table at an event,” Cwynar says. “But they can find small ways to get involved and work together to do what this exercise did—give folks a chance to talk about what’s important to them.”

More than 1,000 Wells Fargo employees have participated in one of five MWM meetings held around the country, and Wells Fargo Foundation has contributed more than $100,000 to its employees’ causes. But the impact extends beyond finances. Tanksley hears stories from grateful recipients and employees inspired to get involved in their communities for the first time.

A highlight for Cwynar took place at a meeting in Pasadena, Calif. Instead of the ballroom setting; colleagues went to dinner in small groups around the city. At one dinner, the group chose to contribute to one cause. Still, the table leader couldn’t forget the story of another person—a homeless single mother—brought up during the evening’s discussion. The leaders encouraged each person at the table to pitch in $10. While a large group debriefed the following morning, she challenged the entire room to support the woman, resulting in $750 of personal donations.

“That’s why this exercise resonates with folks,” Cwynar says. “It’s surprising what you learn about people and who’s involved in what. It’s amazing what can happen when you get a bunch of people in a room to talk about their community and causes and what people will do to help others.” 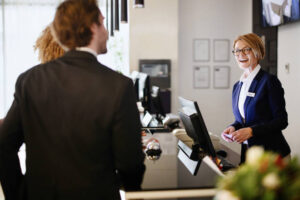 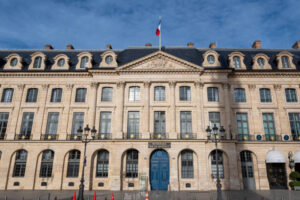 Next post In the Works: Paramount Hotel Transformation
admin