After hosting the Democratic National Convention last summer, tourism and city officials in Charlotte, N.C., determined the uptown area needed more guest rooms to attract larger conventions and events. Groups looking at the Queen City for future events will have a few more options, thanks to three hotels bringing more than 500 new guest rooms to the area within the next few years. Hyatt and Embassy Suites, as well as an undetermined third developer, will open properties in Center City.

This fall, a 22-story condominium high-rise will be scheduled for completion, including a 172-room Hyatt Place Hotel. The building will have an 8,000 sq. ft. Open-air rooftop restaurant and sky bar that will give patrons a 360-degree view of the city. Other rooftop features will include a pool, sundeck, and gardens. Dining options include a 24-hour outlet with made-to-order meals and a coffee and wine bar overlooking the city. Three meeting rooms will also provide views of the Charlotte skyline. The hotel will be within a few blocks of the Charlotte Convention Center.

BB&T Ballpark is scheduled to open in April 2014.

Directly across from the NASCAR Hall of Fame on Martin Luther King Jr. Boulevard, the land was purchased to develop a nine-story Embassy Suites Hotel. The 230-room hotel will be one block from the convention center and have 7,500 square feet of meeting and event space.

In the Third Ward, the new BB&T Ballpark is scheduled to open next April. The LEED-certified stadium will be the new home of MiLB’s AAA Charlotte Knights; groups will be able to get in on the action in one of two field-level suites that will put them 45 feet away from the batter’s box. The team is discussing with various developers to construct a 125-room hotel near the stadium. The property would also include office space and underground parking. 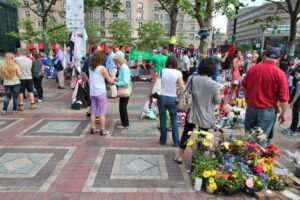 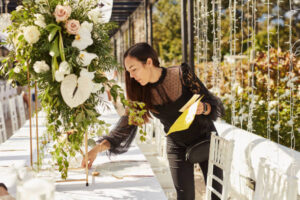