In the aftermath of the Boston Marathon bombings last week, event planners with meetings or conferences scheduled in the city immediately after that faced a difficult question: continue as planned or postpone?

The Ambulatory Surgery Center Association’s annual conference, scheduled for April 17-20, continued as planned at the Hynes Convention Center. “We had to cancel social events [Friday] evening scheduled for the Harvard Club,” says Joe Hornig, communications manager at ASCA. “We felt that even though the lockdown had ended, we thought people might be uncertain about going outside.” ASCA instead scheduled a well-attended reception on the third floor of the convention center. Because Boston halted all city transportation on Friday, many hotels and the convention center had a limited number of staff members on-hand. “All the educational sessions proceeded as planned on Friday, but we had to modify our celebration luncheon,” Hornig says. “Instead of having the meals taken into the ballroom, people brought their plates to a buffet in the hallway and seated themselves,” Hornig says. Most attendees stayed at one of the hotels connected to the convention center via indoor pathways, and nobody could enter the convention center without an ASCA badge. ASCA did cancel off-site tours on Saturday, which were supposed to be of the John F. Kennedy Presidential Library and Museum, Massachusetts Institute of Technology, and Harvard University.

Other planners decided to postpone their events. Boston Comic Con, scheduled for Saturday and Sunday, April 20-21, was rescheduled for a later date. “This is a very challenging time for all of us,” read a statement on the event’s website. “Please, we ask for your patience, understanding, compassion, and cooperation during these extraordinary circumstances.” In a Meetings Community forum on Google, Mark Sonder of Mark Sonder Productions talked about an event at the Boston Marriott Long Wharf Hotel that had to be rescheduled. “We were supplying music/entertainment/production to a client. Because of the President coming to town, this event got postponed,” he writes.

Now, the larger question for planners across the country and the world is how to protect attendees and prepare for the unexpected. At the London Marathon on Sunday, planners increased the number of police by 40 percent and removed trashcans along the racecourse. “[We are doing] all we can to help provide a secure environment in which the runners, spectators, and volunteers can enjoy themselves,” Chief Superintendent Julia Pendry told USA Today. Brian Davis, race director for the Vancouver USA Marathon, is working with the Vancouver, Wash., police department to organize more security—especially at the finish line—before the June 16 event. “It just brings more awareness to everything,” Davis says of the Boston attacks. He also expects the race’s medical staff and volunteers to all be trained in CPR and first response. Sergeant Pete Simpson, a spokesman for the Portland, Ore., police department, suggests anyone organizing a public event discuss some basic questions. Do you want to allow people to assemble at a race finish line? What are your weak points? What about unrestricted access to specific locations? And lastly, is there a solid medical emergency plan in place? 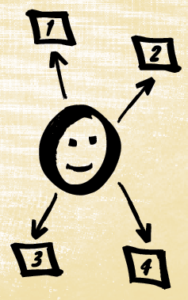 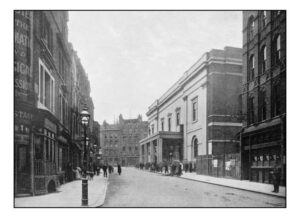