Corporate planners are often tasked with planning awards ceremonies at annual events where top earners or special honorees are recognized. Awards traditions range in scale of grandeur, yet they’re all intended to identify only a few, so it can be challenging to keep an entire room interested, especially the audience members who won’t be winning awards or don’t know anyone receiving honors, either. But planners can infuse genuine appreciation, recognition, and celebration into a memorable event independent of the scale of grandeur simply by integrating new, fresh ideas instead of the tried-and-true closing night dinner and banquet. When brainstorming new ideas for an awards ceremony, remember the goal is to celebrate, recognize and motivate the audience while making a lasting impression. Keep it short and sweet,” says Kristin King, senior account executive of Enterprise Events Group. “When planning a ceremony to recognize a large number of people, be sure to have a detailed plan that allows for a precise agenda flow without a lot of lag time.” King, who helps clients plan recognition events, says the agenda should include an efficient meal service and adequate time for the award ceremony segment. One way to change up the traditional ceremony is to have a guest speaker entertain during dinner and help segue the evening into the awards ceremony. The speaker should inspire the audience and give them takeaways, especially those who won’t be recognized. They won’t feel like they have to sit through an entire evening and get nothing out of it.

Celebratory champagne toasts are common at upscale awards dinners, but a fun, memorable alternative is using confetti flicker sticks. “Keep the ceremony as engaging and fun as possible for the audience,” says King. Instead of the audience members clinking their champagne glasses together for a toast, the flicker sticks can create a shower of confetti throughout the banquet hall. Laura DiMascio, director of sales communications for Symantec, encourages planners to consider all elements of an awards ceremony, from how you open it to the music played for winners when they come on and off the stage. Change it up and create videos to recognize specific recipients. A few minor changes to the agenda can make a big difference for attendees, especially those who attend year after year.

Consider doing it if there’s a way to honor more people without overextending the ceremony. For example, adding new and different award categories is an easy way to instill novelty into your ceremony. “It is key to shout out to the unsung heroes who contributed to the success of the winners on stage,” says DiMascio. Or, when presenting an award winner, announce the complete list of category nominees before bringing the official winner to the stage.

Peer recognition is another growing trend, as colleagues appreciate being recognized by their peers for their hard work. Peer recognition can occur before the event with voting by executive teams. Or, peers can vote for the winner of a “People’s Choice Award.” Also, if an award such as “Most Valuable Player” has been given in previous years, former winners can present the current year’s winner. DiMascio also suggests having someone who knows the winner personally present the award to create an element of surprise. It shows you’ve put a lot of effort into recognizing the individual by finding a friend or long-time colleague who can present the award rather than simply ordering a plaque with their name on it.

Speaking of plaques, do away with them. Change things up and give recipients keepsakes that can be used as household items or desktop collector’s pieces. For example, a hand-blown glass vase can be used at home or sit on a desk as a recognition reminder. It can be customized to fit an organization’s or award ceremony’s colors or themes. Additionally, the award can include a base for the glass vase with the winner’s name engraved. Giving keepsakes indigenous to the event’s location is also very popular. For example, if the awards event occurs during an incentive trip in Greece, hand-painted pottery is an intelligent selection.

When planning awards ceremonies, remember it’s your job to create a lasting impression and deliver recognition in a fun, celebratory manner for both winners and non-winners. When an audience is engaged and having fun, they leave feeling motivated for future success. 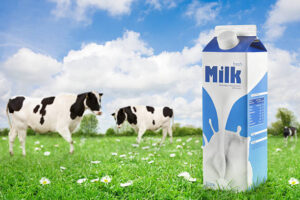 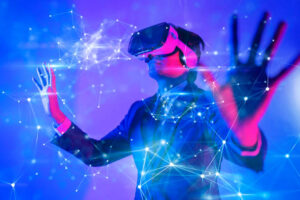 Next post 3 Things You Should Know about Event Technology
admin