Michael Patton’s hospitality career spans more than three decades and includes time spent on both the supplier and planner side. During that career, he also served in the U.S. military. About ten years ago, he started Pothos, a full-service strategic meeting management company based in San Diego. His clients include investment banks, retail chains, I.T. companies, and engineering firms. After a successful 2011, Inc. magazine put Pothos at No. 465 on its list of the 500 Fastest Growing Small Businesses, coming in at No. 2 in the travel category. Despite the company’s growth, Patton says he’s had to deal with industry setbacks like everyone else, from slow government contracts to bad press. Patton talked to Collaborate about tough lessons learned starting his business, the importance of reporting and proving ROI, and his belief that people in the meetings industry are inherently fair and honest.

How did you get into the world of corporate events?

Like everybody else, I dropped in by mistake. When I was young, I started in hotels, and while I was in the service, I continued to work part-time in the hotel industry. When I left the military, I went back to the industry, started a private event planning and management company, and taught college. In the mid-’90s, I was a jack-of-all-trades, doing everything. I then applied for a corporate meetings position and moved from San Diego to L.A. After five years, I was laid off and went through a series of hiring and layoffs before I decided to start my own company. That was ten years ago. My company started with just me, and now we have nine full-time people on the payroll and, at any given time, up to 22 on part-time status, depending on how busy we are.

What drew you to the corporate meetings industry?

When you’re in hospitality, initially, you have to have a spirit of service. I liked the corporate meetings side because there are so many working pieces. In the hotel business, I was in operations. Whatever hat you’re wearing—front desk, reservations, managing a housekeeping staff—you’re in operations. You put information into P&Ls and so on. But when you’re in the meetings industry, you deal with many other variables, such as airlines, hotels, off-site venues, restaurants, and entertainment options. What corporate meeting planning did for me gave me stimulating input from separate areas still related to hospitality or taking care of people but not confined to one building or task.

What kind of challenges did you face starting your own business?

With any startup, you must realize you need enough capital to survive. Starting a business is not something you do with only half of your heart in it. You eat, sleep and live in that company. And unless you’re talking about a company with angel investment, capital comes from within. In my case, I used savings that paid for my existence and the company’s startup for three years before it started making a profit. Starting a company means working alone and long hours, knowing the proper steps to take. Many people are willing to tell you what you need to make it successful. They say, “I’m going to sell this to you.” You have to sit back and ask, “Is that snake oil, or do I need that? Is there ROI in that? Or are they just good at selling to entrepreneurs?” I got burned a couple of times—I bought into the Kool-Aid. You learn from those things.

What are some of the trends you see in corporate meetings?

I hate to say the government sets the standard, but it’s the largest company in the U.S. The corporate world has seen its share of knocks. Corporate bailouts sent the pendulum swinging far left and far right. In our company, in everything we do, we have to have ROI, whether soft or hard. We have to answer: Why are we meeting? If it’s training, we have to say: Here’s the objective, and here’s what we want to be accomplished. The industry now requires that we set best practices for purchasing and procurement to send out RFPs and find the best value—but not necessarily the lowest cost. Companies are on board for that.

In the past, companies may have had an admin find the hotel closest for a meeting, and it didn’t matter what the price was or room rate was. You just paid whatever they said. When the hotel sent the contract, the admin or the executive signed it, and it never got a thorough read. When someone writes a contract, they write it in their best interest. But I want everyone to win. I want to get a good deal, but I also wish the hotel to make a reasonable profit because otherwise, they will not be there for me next year.

Has the corporate meetings and incentives industry finally emerged from the recession? What’s the indicator?

People are still doing business. They need face-to-face meetings. They need training. Companies are not avoiding what they know is necessary. Still, they’re looking closely at the cost/value proposition—the value of the hotel, F&B, the function, and the matter internally. Twenty years ago, a company would have an incentive trip every year, and I don’t think anybody was on the back end, counting increased sales produced from the trip. It was an expected bonus of work and employment, but did it drive exponential new sales? Now companies are being more specific and more inclusive. They’re asking those questions: Why are we spending the money? Should it be finished in training sessions, or do we want the training to incentivize the person?

What’s one thing you wish you could change about the industry?

In recent years, the media has done an excellent job of opening Pandora’s box and making it seem like there’s waste, fraud, and abuse in the meetings industry. And in fact, there could be waste in certain areas. A prominent executive bonus looks unusual when a person departs a company. But in meetings, incentives, and doing business, the public is often misled. There’s no waste and abuse. Is there a one-off? Yes. But in 10 years in this industry, I have never had an executive say, “Do this off the record,” or, “Give me this perk or benefit.” The general public is getting whipped into a dramatized media frenzy that does not give a good, accurate picture of the industry. Take Muffingate, where they said it costs $18 for a muffin. The reality is that’s how much catering is charged for a continental breakfast. The inspector general later retracted his statement, but nobody saw that. That’s what we’re suffering from in the corporate meetings world. The news might be accurate as reported, but it doesn’t tell the whole story. 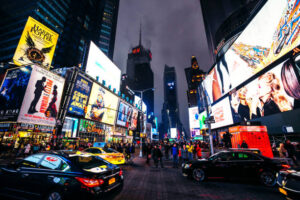 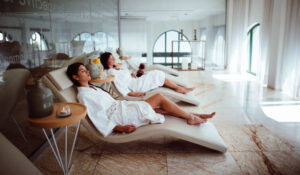