Thanksgiving is tomorrow, and many of us will gather around a large dining room table as a giant bird is ceremoniously plopped down in the middle of us on a platter before it’s carved, passed, and devoured. Then we’ll all compliment the chef on a job well done.

But Thanksgiving wasn’t always done this way. Norman Rockwell might be to blame for the carving-at-the-table tradition. A public radio story this week raised the possibility that a 1942 painting by Norman Rockwell called “Freedom from Want” started a new practice in American households on annual Thanksgiving Thursdays. “‘Freedom From Want’ depicts a sense of abundance and security that so many Americans longed for in the post-Depression era,” the reporter says. “And what better than a whole, honking turkey to say abundance?”

In early to mid-20th-century America, cooking happened in the kitchen, out of sight. My husband and I recently purchased a 1929 cottage home with a traditional layout where the dining room and kitchen are separated, and the design is not by accident. It wasn’t until the 1980s that Americans began opting for open layouts where the kitchen and living space work in concert, and better ventilation is to thank for that. Today, the cook is still in the kitchen, but so is everyone else. And they want to see how their meal is being prepared.

Another shift that has happened in the last decade is the rise of the celebrity chef culture. Cooking isn’t a task. It’s a skill, art, and science celebrated on TV, in the movies, and in our private homes. This newfound culture also has fundamentally changed events. Gone are the days when attendees were happy to fill their bellies with a plated chicken-and-rice meal. Now they want the chicken to be open-range, the rice to be quinoa, the dinner to be progressive or homestyle or served some other exciting way, and they want to shake the hand of the person who created the masterpiece. Better yet, they want to watch the chef in action.

Yet something doesn’t seem so novel about meals and their preparation being an experience, not simply a rote task. Isn’t that what Rockwell was hinting at in his 1942 painting? Food is about family, security, and togetherness; if we didn’t prepare it, we should be thankful for the person who did. Not every person who roasts a turkey to a golden brown or aggravates a tennis elbow whipping homemade mashed potatoes tomorrow will be given a TV show or earn millions for their recipes, but that doesn’t mean you can’t make them feel special. My advice? Don’t just post pictures of your food on Facebook and Instagram tomorrow. Show the world the rock star who made it. 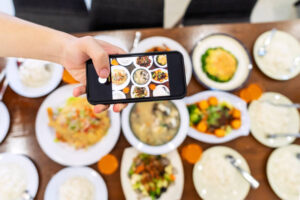 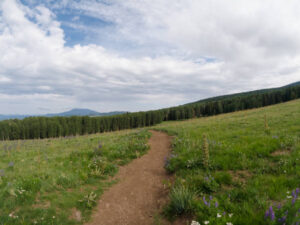