Some things are too good not to share. Reminiscing on last year’s Connect Corporate Marketplace in Orlando (it’s #FlashbackFriday, what can we say?), we remembered when keynote speaker and famed journalist Anderson Cooper discussed the more ridiculous passenger behaviors he’s encountered. “I’ve become a lot grumpier as I’ve traveled,” jokes the globetrotter who’s spent the past 24 years wayfaring. “I’ve become obsessed with how other people behave when traveling,” he admits. “There should be a list of etiquette for people on planes.”

We couldn’t agree more. Here, Cooper shares several rules to live by the next time you’re on a flight.

Cooper’s biggest pet peeve on planes is bare feet. “I cannot tell you how many planes I have been on lately where people whip off their flip-flops and [perch] their gnarly hobbit feet on the food tray or wall,” he laughs in honesty. “I take off my shoes, but I wear my socks. I make sure my socks are clean.”

Not only are bare feet a cringe-worthy spectacle to anyone who hates feet, but they’re also unsanitary. “You know the liquid on the bathroom floor? That’s not all water. You are aware of that, aren’t you?” adds Cooper.

“I promise you, I was on a plane, and there was a person who not only let their dogs out to air, they were clipping their toenails,” says Cooper, mortified. “I sat there watching and hearing the sounds; I didn’t even know what to do. I wanted to call TSA. I hoped it was a TSA violation.”

The decision to clip your toenails on a plane should be a no-brainer:

“[While on a flight], the guy in the seat next to me was watching a movie on his laptop, but he did not have earphones,” says Cooper. “I was sort of skeptical when it started. I thought, ‘Oh, he must be getting the earphones.’” He didn’t. “I kept looking at him, and, of course, I’m too shy to say anything.”

This one seems common sense, but it often happens, especially with couples wanting to watch a movie together. We recommend sharing earbuds or getting a headphone splitter that lets you have your headset.

Consider our additions to Cooper’s etiquette list. There’s no shame in printing this out for others to see.

> Be ready during security. Have your laptop out, take your shoes off and remove your coat before you even get to the bins. Your hands might be complete for a second, but you’ll get through security faster, and the people behind you will love you for it.

> Middle seat gets dibs on the armrest. Come on. It’s the worst seat. Anyone sitting there gets both armrests. No exceptions.

> Don’t be a chatty Cathy. You can meet interesting people on planes, and talking to your neighbors is OK. But if you’re getting the vibes someone isn’t into hearing your life story, take the hint. Let them sleep.

> Don’t get crazy with the booze. In-flight service is excellent. We’ve all indulged in a beverage (or two) to ease flight jitters, but don’t go overboard. A bartender can kick you out of the bar if you’ve had one too many. You don’t want to tempt the flight attendant to do the same. 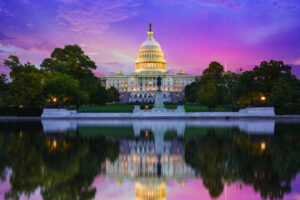 Next post An Insider’s Guide to Washington, D.C.
admin