More than a mere football game, the Super Bowl is one of the country’s biggest annual events. In honor of Super Bowl 50, we’ve come up with 50 do’s and don’ts planners can learn from the big game over the years.

1.  Do show confidence. Quarterback Joe Willie Namath guaranteed a victory before the underdog Jets’ improbable win in Super Bowl III. Without outward confidence from its leader, the team almost certainly would not have exceeded expectations. Be that kind of leader to accomplish great things.

2.  Don’t lose track of your equipment. Bills’ star running back Thurman Thomas missed the first play of Super Bowl XXVI because he couldn’t find his helmet. It set the tone for Buffalo’s second-straight championship game loss (two more would follow). Planners can’t be sidelined a moment during their events, so they need to know where their tools are at all times.

3.  Do tie in sponsors to content. The Bud Bowl was the perfect blend of advertising and sports. Some fans couldn’t bottle up their excitement over the promotion featuring the beers going head-to-head on the gridiron, making it a true success. Think about what your event’s goal and create matching paid content.

4.  Do tug at heartstrings. Every year, Budweiser releases feel-good commercials centered on its iconic Clydesdales. The ads, which are known to induce a few tears, are a great distraction when teams are head-to-head. Find ways to add some game-day reprieve during your event.

5.  Do avoid scandal. In the playoffs leading up to Super Bowl XLIX, the New England Patriots, and specifically quarterback Tom Brady, came under fire for tampering with footballs used in a game against the Indianapolis Colts. The 2015 controversy—better known as Deflategate—caused major uproar for the team that went on to win. If you hear rumors that could affect your teams, nip it in the bud immediately.

6.  Don’t forget who’s watching. Because everyone watches the Super Bowl, it’s inevitable that someone will get offended each year. In 2015, the offender was Nationwide’s commercial showing a child talking about all the things he won’t be able to do in life after passing away in an accident, and in 2014, it was Coca-Cola’s ad during which “America the Beautiful” was sung in eight different languages. Know your audience and make changes as needed.

7.  Do make a show of social issues you support. In the lead-up of Super Bowl XV in New Orleans, a giant yellow bow was attached to the Superdome for the Iran hostage crisis. Attendees want to see that you care about the world outside the event.

8.  Don’t repeat the same event program year after year. In Super Bowl VI, Cowboys’ running back Duane Thomas uttered this infamous line, “If it’s the ultimate [game], how come they’re playing it again next year?” Make sure each year you incorporate new elements, design, speakers and programming so people believe your event is the ultimate.

9.  Do record and photograph as many event elements as possible. In the first televised Super Bowl in 1967, NBC missed the second-half kickoff because a reporter was busy interviewing comedian Bob Hope. The referee ordered a rekick, but in event planning, you won’t have the same luck. If planners don’t document an incredible moment for recap videos, social media, next year’s promotional and marketing materials, or even sponsor reports, the moment is lost forever.

10.  Do have a plan in place for conference crashers. During Super Bowl XII, legendary gate-crasher Dion Rich (who snuck into more than 30 Super Bowls!) was famously photographed carrying coach Tom Landry off the field after the Dallas Cowboys beat the Denver Broncos. Suitcasing is also illegal for suppliers, who may try to hang out in the lobby or common areas and charm your attendees without paying registration fees.

11.  Don’t skip practices. In 2002, the Tampa Bay Buccaneers intercepted five of the Oakland Raiders’ passes, returning three for touchdowns. Tampa Bay safety John Lynch said to the throngs of cameras, “Every play they’ve run, we’ve run in practice.” Your team will be prepared for anything if you give them several run-throughs to make mistakes and correct them on-site.

12.  Do have a contingency plan. In Super Bowl XLVII, Beyonce brought the house down. Moments after the second-half kickoff, half the Superdome in New Orleans was cloaked in the darkness of a power outage. The power abnormality paused play for 34 minutes, which left TV networks in the lurch for what to keep on the air. They had no idea how long it would last or what it would mean for the game. Take this lesson to heart: Have a backup plan in place that encompasses even the most unlikely of circumstances.

13.  Don’t be afraid to be the underdog. Countless Super Bowl teams walked into the stadium as the underdog and walked out as champions. Just ask the 2007 New York Giants or Jim Plunkett and the 1980 Oakland Raiders. Being the long shot gives you an edge. It gives you the chance to surprise your competitors, or even those who manage you. Plus, it makes you better prepared.

14.  Don’t forget to bring the funny. Some of the most memorable and successful Super Bowl commercials are the ones that make us laugh. Terry Tate: Office Linebacker immediately comes to mind. Audiences respond to humor; laughter raises their spirits and gets them interested in what’s being presented. Don’t overestimate the power of a good chuckle.

15.  Do make your event multidimensional. Just as no Super Bowl party is complete without seven-layer dip, different “layers” of your event should be curated to keep attendees engaged. Remember guests attend events for various reasons, so make sure you have something for everyone.

16.  Don’t celebrate too early. While it may be tempting to pat yourself on the back when things are going well, it’s important to keep your head in the game until your event is actually over. Take it from Dallas Cowboys’ Leon Lett, who made Super Bowl history for “most embarrassing moments” when he slowed down yards from the end zone to showboat in XXVII—and subsequently got stripped of the ball before he scored.

17.  Do remember your lines. If you have to get up in front of the crowd with a mic, make sure you’ve practiced what you’re going to say—even if it’s as simple as “play ball.” Don’t be like Christina Aguilera, who botched a line in the national anthem (a song she’d performed since age 7) during Super Bowl XLV.

18.  Do surprise attendees. The New Orleans Saints captured the momentum of Super Bowl XLIV with an onside kick and went on to win their only championship—a good lesson for planners looking to think outside the box.

19.  Do maximize celebrity appeal. Pepsi scored a touchdown in 1992 with its Cindy Crawford ad, in which all she does is sip a can of soda. It’s still considered a classic, mostly because Crawford was the perfect celebrity for that era.

20.  Do emphasize teamwork. Before the Patriots stunned the St. Louis Rams to win their first Super Bowl in 2002, they gave up the tradition of players being introduced individually. Instead, the team came out as a group, creating a trend still used today because it epitomizes the idea of a team being bigger than its parts.

21.  Do stay cool under pressure. Joe Montana was a great quarterback, but he’s considered one of the best ever for running late comeback drives like the one the 49ers used to beat the Bengals in Super Bowl XXIII. Planners know all too well they need to remain poised no matter the situation.

22.  Don’t have a wardrobe malfunction. Does anyone remember who played in the 2004 Super Bowl when Janet Jackson left herself a little exposed? Nipplegate, as it became known, overshadowed a really great game won by the Patriots on a last-second field goal by Adam Vinatieri.

23.  Do pair older acts with new ones to appeal to all attendees. When a legend like Paul McCartney hits a huge stage like the Super Bowl halftime show and rocks like he’s still a Beatle, sometimes the younger generation can lose interest. Instead, follow the Aerosmith, NSYNC, Britney Spears, Mary J. Blige and Nelly halftime collaboration from 2001 or the Katy Perry and Missy Elliott duet from 2015. Everyone in the audience was happy.

24.  Do create a safe space. In their heyday, the Redskins won three Super Bowls with three different quarterbacks by building the NFL’s most dominant offensive line. “The Hogs” were so good that they allowed Mark Rypien, an average passer at best, to become Super Bowl XXVI MVP by giving him the time and space to excel. Make sure your attendees don’t feel pressured, freeing them to effectively do business and network.

25.  Don’t be afraid to rebrand. The Super Bowl wasn’t the Super Bowl when it was first played. Rather, the Packers and Chiefs played in what was called the AFL-NFL World Championship Game in 1967. It’s hard to imagine an event with that label being a global phenomenon, making the name change genius.

26.  Don’t let yourself get too down. Sure, the Bills would have loved to win one of those four-straight Super Bowls they appeared in. But they earned kudos for not letting the disappointments get them down and returning to the big stage. Even in defeat, they can serve as inspiration for you if you’ve had a rough event.

27.  Do try to build a dynasty. In order to create an event that’s considered tops in the industry, you need to be highly successful for years. It’s no accident the Pittsburgh Steelers are considered an elite franchise after they won four Super Bowls in the 1970s. Being consistently good has benefits that last for years.

28.  Do build around a Super Bowl. When Houston hosted the Super Bowl in 2004, it opened a magnificent Hilton downtown. When the big game arrives in 2017, a Marriott Marquis will have recently debuted. That’s how a city can build off one event to benefit many others to follow.

29.  Don’t forget to reward the one who got you there. If Mike Ditka has one regret from Super Bowl XX, it’s that he called a touchdown run for William “the Refrigerator” Perry instead of Hall of Famer Walter Payton. Letting “the Fridge” score was fun but frowned upon because it slighted the player who made the Bears great. The people who build up your organization and event deserve a moment to shine.

30.  Do have fun. “The Super Bowl Shuffle” made the Bears’ boring blowout over the Patriots in 1986 memorable, and the “Ickey Shuffle” in Super Bowl XXIII helped the Bengals remain relevant despite years of being terrible afterward. Business is important, but attendees often remember the fun stuff longer. 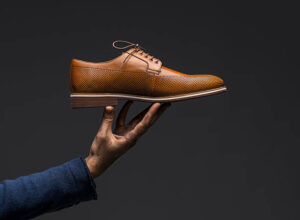