Welcome to the center of the universe,” joked Leon Goldberg, complex director of sales and marketing for the New York Marriott Marquis and Sheraton New York Times Square, upon welcoming an intimate group of media to the city last week on a 48-hour trip.

If not the center of the universe, the Marriott Marquis is indeed at the center of Times Square—and the heart of New York City. Showing my age (but sparing you the “m” word), I first wished to experience a more boutique hotel that plays off the melting pot of cultures in the city. But a few hours into my stay, I realized the Marquis, which opened in 1985, is everything you want in a big-box hotel—and nothing you don’t. Here are a few ways the Marquis and two other New York hotels in the Marriott Convention & Resort Network surprised me.

> The sheer size of New York is unmanageable.

This was only my second visit to New York, and memories of my previous business trip with a former company—include the following:

Rather than the streets making me “feel brand new,” as Jay Z and Alicia Keys promised, they made me feel dirty and lost.

This time was different. With the assistance of the highly hospitable team at both the Marriott and Sheraton properties, our group—and meeting planners, too—could own a little slice of Times Square. The hotels are only about six blocks, or a 10-minute walk, from each other. Thanks to a program nicknamed “Times Squared” by Goldberg, groups can have room blocks and meeting space in both, allowing participants the chance to get out, earn some steps, and explore a little bit, even with jam-packed agendas.

Another way groups can make Times Square their own is by renting out one of the dozens of enormous video boards that run 24-7. Goldberg says putting the names and faces of award winners on the screen during a conference gala or banquet is a popular option. With this setup, New York City feels smaller.

> New York is only for large meetings.

Contrary to what some might expect from a 1,965-room hotel, leisure guests make up about 70 percent of the room volume at the Marquis annually. That means 30 percent is group, and 84 percent is meetings of less than 100 rooms. “Small meetings are our bread and butter,” says Goldberg. The same is accurate at the 1,780-room Sheraton, where Director of Hotel Sales Dan McCarron highlights the hotel’s ability to easily switch layouts of its 60,000 square feet meeting space to accommodate small groups. “New York is not always nimble for flipping, but it can be done here at the touch of a button,” says McCarron, referring to the Sheraton’s high-tech Metropolitan Ballroom.

> New boutique hotels have more to offer than older ones.

Sometimes this still holds, but Marriott CRN hotels have swag. For example, the glass-enclosed gym on the 23rd floor of the Marquis (that can be spotted from the glass elevators en route to your room), where I could overlook all of Times Square while hitting the treadmill, was one of the coolest I’ve seen. The F&B program at the Sheraton, helmed by chef Joseph Fontanals, implements menus with food sourced from within 100 miles of the hotel—a program you might not expect at a big-box hotel. And at the newly renovated New York Marriott at the Brooklyn Bridge, a typical lobby Starbucks is swapped for a Brooklyn Roasting Company stand, where BRC-trained baristas do coffee tastings for guests.

I didn’t come to New York expecting the kind of hospitality one might find in the South or even in Montana, where I’m from. Walking the streets of Manhattan, it isn’t uncommon to have to bust out some acrobatic moves to get out of the way of passersby. But people can surprise you, and when they do, it renews your faith in humanity.

For example, when Amy Popper, senior marketing manager with Marriott CRN, and I finally got on the right train after wandering hopelessly underground for what felt like hours, a stranger was happy to snap a photo of us upon being asked. One woman stopped me on the street to tell me she loved my dress. And when we were in hot pursuit (literally, thanks to New York’s Indian summer) of a place serving edible cookie dough, roaming the streets of Greenwich Village and looking a little lost, a kind stranger offered to point us in the right direction. Guiding us down a side street that he described as “really cute” and through Washington Square Park (shown above), he gave us both a friendly smile and this prophetic reminder: “Sometimes the journey is half the fun.” 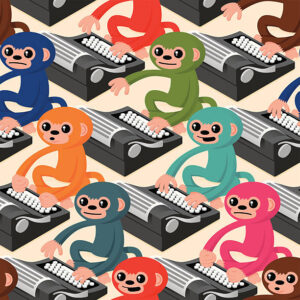 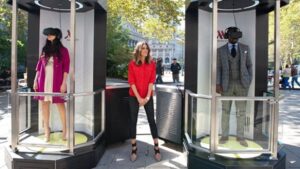